Bilberry extract is taken from the Vaccinium myrtillus, or bilberry, a small blue berry that has been used traditionally for the treatment of conditions now known to be due to inflammation and the action of free radicals on the body.

Among these is atherosclerosis, or hardening of the arteries, caused by the free radical oxidation of the low density lipids that carry cholesterol around the bloodstream, and that cause deposition of fatty plaques on the arterial walls and eventually constricts them to a stage that can cause heart failure or a stroke, depending on whether the arteries are close to the heart or in the brain. 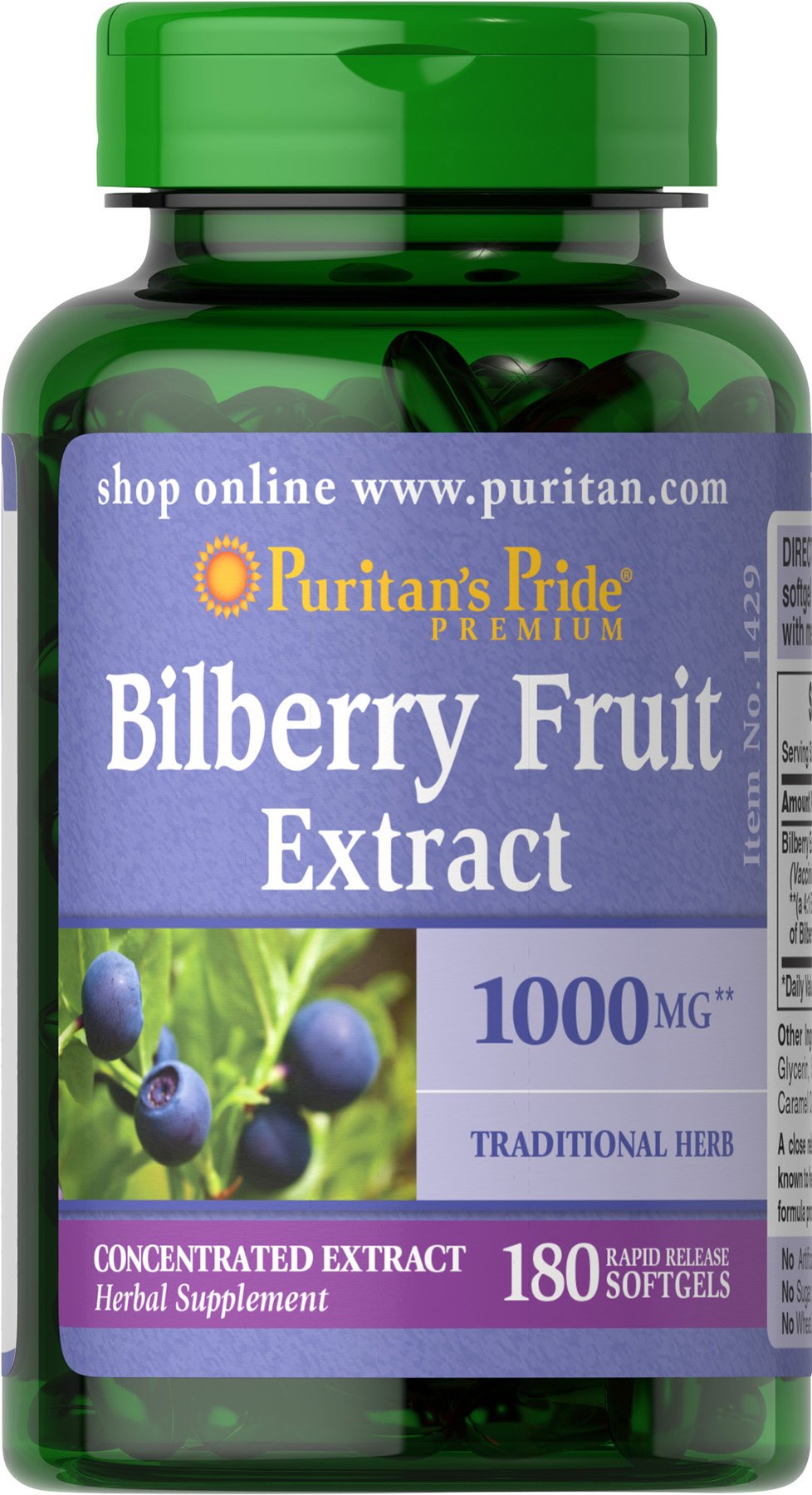 However, additional to treating this condition, bilberry has also traditionally been used for the treatment of varicose veins and also for certain eye conditions. In fact it was during the Second World war that the Royal Air Force in Britain received reports from pilots that their night vision improved after eating bilberries. Not only their vision, but the restoration of night vision after exposure to glare.

This was extremely important to war-time pilots who had to be able to rapidly adapt their vision to fly their plane after exposure to searchlights and explosive detonations. That is the reason for anything that appeared to promote this essential adaptation to be reported. 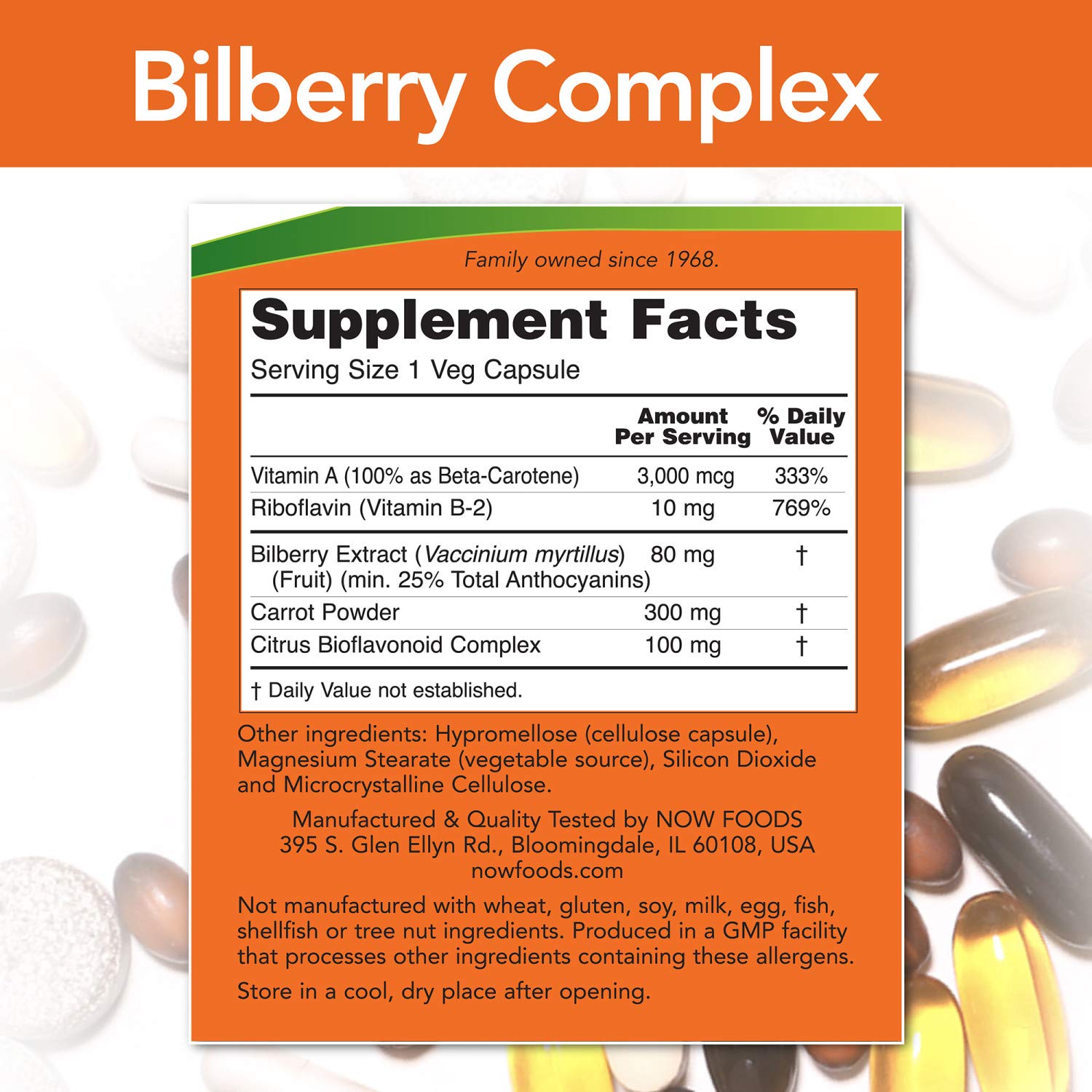 The pharmacology of these effects have been found to be due to the anthocyanosides in which bilberries are particularly rich. Anthocyanosides consist of an anthocyanaidin backbone, to which one of either arabinose, galactose or glucose can be bound. Since bilberry contains five of these anthocyanadins, then there are fifteen different anthocyanosides in the fruit concentrate.

The area of the retina that appears to control night vision, and the transition from day to night sight, is called the epithelium which is connected with purple vision. Anthocyanosides seem to have an affinity for this part of the retina, and in so doing plays an important part in this type of vision, specifically night vision although it is also beneficial in improving day vision. 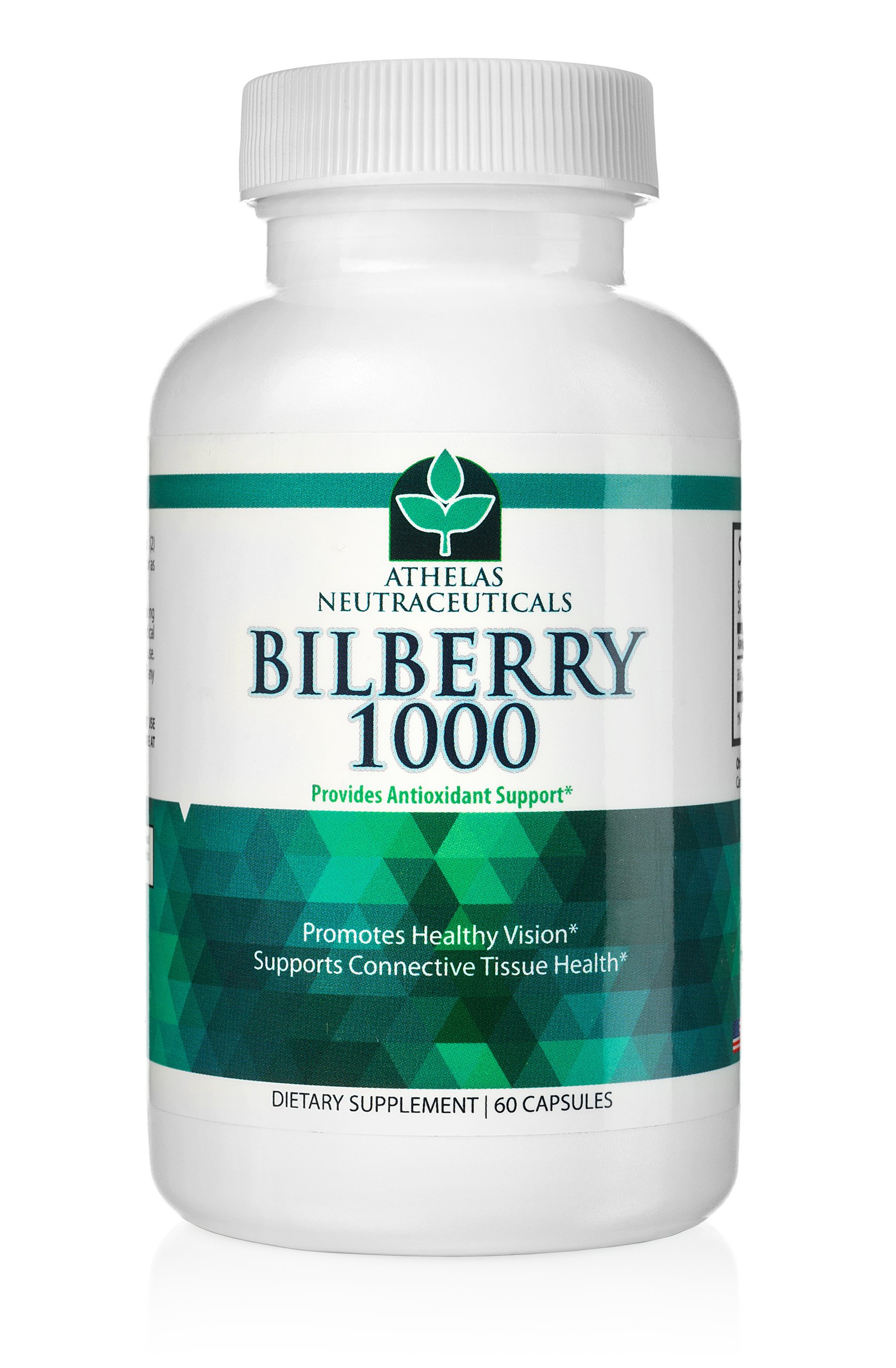 Although bilberry also contains vitamins A and C, hydroquinone and tannins, it is the anthocyanosides that provide it with its unique antioxidant properties, and also its effect upon collagen fibers. It can cross-link collagen fibers to help overcome weaknesses in the connective tissues such as cartilage, tendons and the walls of blood vessels.

Its effect as an antioxidant is to prevent the cleavage of collagen by the cyzymes that are secreted by leukocytes generated by the immune system. By preventing histamine release, and release of prostaglandins and other proteins and cells mobilized during the immune inflammatory response to the detection of foreign invasion into human tissue, anthocyanosides can help to reduce inflammation and to protect against other extreme reactions of the immune system that can harm the organism it evolved to protect.

The most powerful property of anthocyanosides are their antioxidant properties: perhaps even its only property once all of the conditions it helps to protect against are fully understood. An antioxidant combines with free radicals and destroys them. Free radicals are particularly vile chemical entities that require an electron to make them stable, and they take this electron from the nearest source. This can result in oxidation and destruction of many bodily tissues leading to premature aging, atherosclerosis, eye damage and many other problems that result from the destruction of body cells and tissue.

The various constituents that make up bilberry act in concert to scavenge the free radicals and increase the supply of oxygen to the eye. The benefits of this are in helping to prevent cataracts and glaucoma, the latter due to the effect of the anthocyanoside cross-linking effect on the structure of the collagen in the eye. It can also help in cases of macular degeneration that affects the central area of the retina which might be due to the same property of there glucoside. 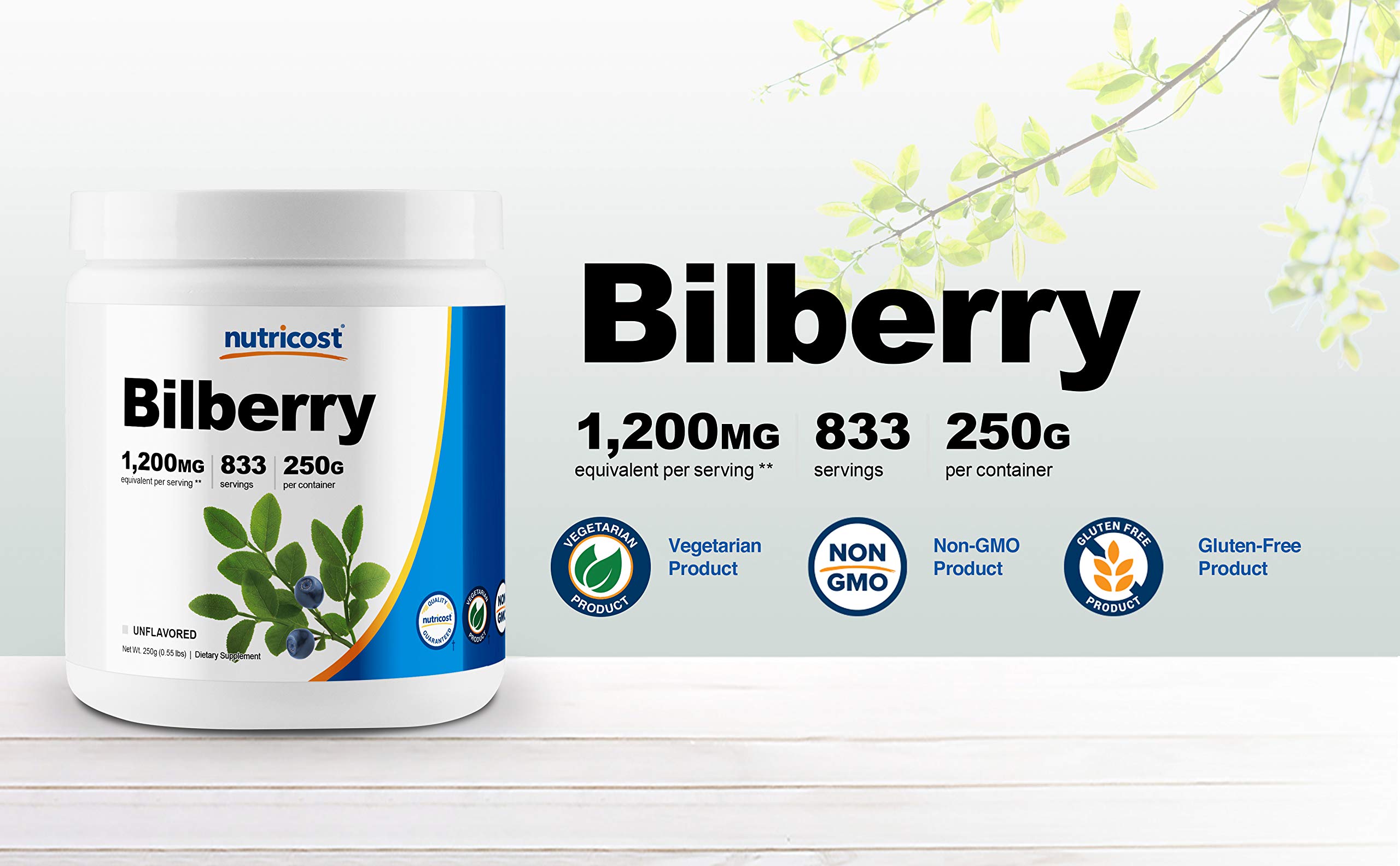 Moving away from the eyes and back to the vascular system, the collagen cross-linking properties of the flavonoids, which is what anthocyanosides basically are, can help to repair damaged vein tissue by strengthening the vein walls themselves, and also by providing support for the cell membranes, or outer layers of the cells.

This in turn builds up more strength in the vein tissue below the outside walls and contributes to an overall reduction in the weakness of the vein. This in turn enables it better to withstand the internal pressure put upon it by the failure of the valve that created the problem. In this way bilberries can be used to help repair the damage done by varicose veins and improve the function of the vein in returning blood to the heart from the extremities of the legs and also to help reduce the pain and swelling of varicose veins. 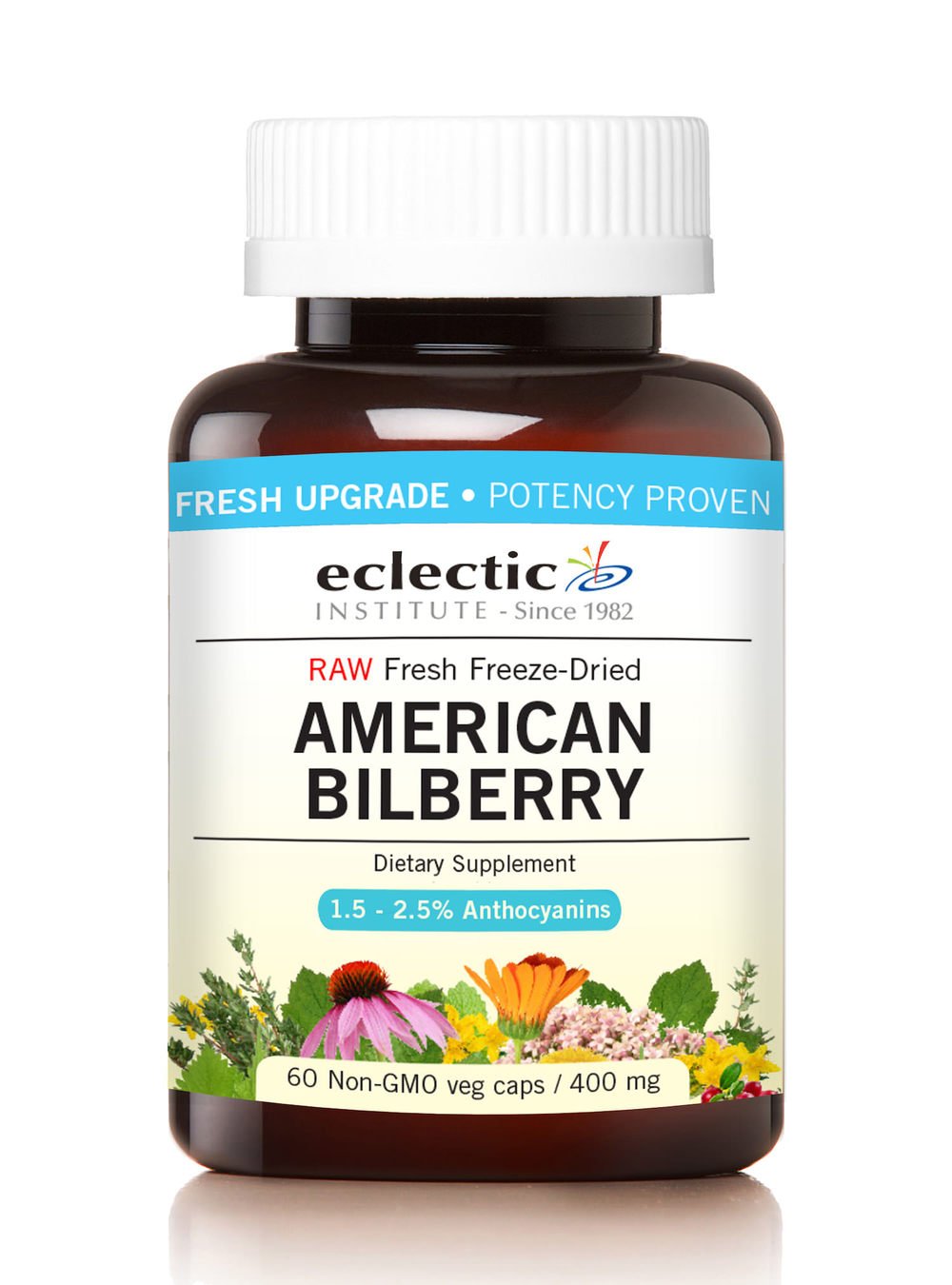 In addition to these beneficial effects on the vascular system and the eyes, bilberry can also help to decrease the permeability of the blood-brain barrier to pollutants, drugs and other undesirable chemicals by improving the resistance of the capillaries in the brain to the transfer of such substances through their walls. It does so by preventing the collagen of the capillaries in the brain being degraded either by enzymes or other agents, Also, by helping to strengthen that collagen structure so that it becomes more impermeable to the larger molecules that form the pollutants.

A lesser known constituent of bilberry is myrtillin, an anthocyanoside monoglucoside that is also available in all green plants, that possesses anti-glycemic properties. What this means is that it can reduce hyperglycemia and glycosurea, and so reduce blood sugar without reducing the blood sugar level to dangerously low levels. In other words it is an ideal insulin substitute. 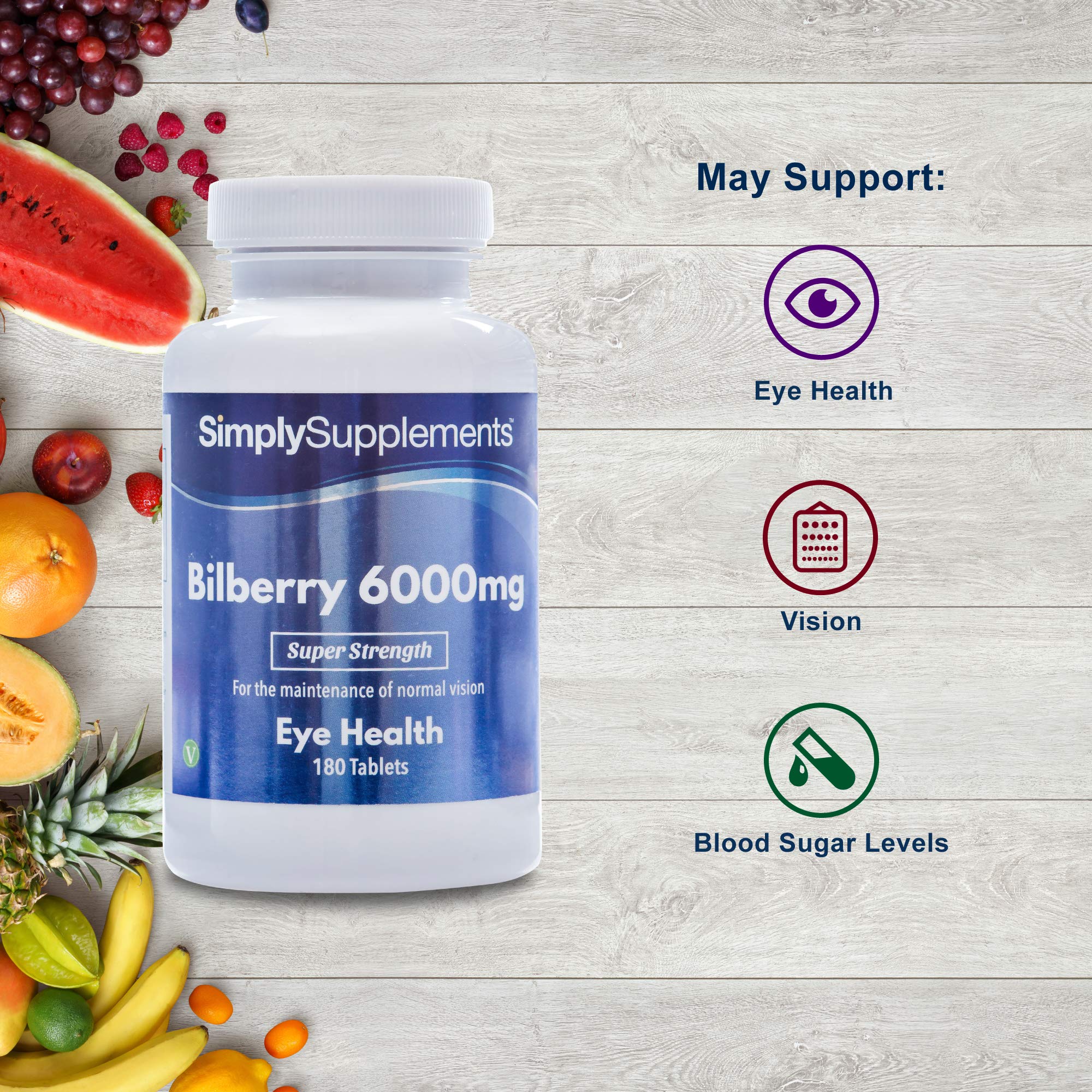 Native Americans used green plants for teas for centuries and were free from diabetes until the came into contact with Europeans and adopted their dietary habits. Although the case has to be proved, it appears highly likely that it was the myrtillin that kept them free from a condition that affects so many other races.

Irrespective of that, however, it is for its powerful antioxidant effect that bilberry finds its best use, and also its effects on varicose veins. However, all of the above health benefits that bilberry provides, can likely be laid at the door of the combined antioxidant effect of its vitamin C content and the anthocyanosides – including the glucoside myrtillin.